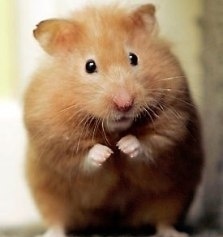 MTP is usually used in the context of «that's just MTP». Magical Teaparty is the first RPG element. It's free. And we can use it to mind caulk anything. That's not revolutionary, and the results aren't predictable.

So when someone says they have a cool system of handling something, and that «system» is MTP, it would not be unusual at all for someone on the Den to say «That's just MTP.» And even though tone doesn't carry over text on the interwebs terribly well, I want to assure you that the sentence would be absolutely dripping with scorn. But it wouldn't be dismissive and contemptuous because MTP is inherently bad, it would be such because the delivered product would be literally the equal of what a five year old could do.

If a five year old does a stick figure in crayon, it is charming and goes on the fridge. If a grown man does one and asks why I don't want it on my fridge, I don't think that needs a reasoned response. It deserves a dismissive and cruel comment. And I am sure that it would get one.

But what MTP is, fundamentally, is worse than every single other rule in your game. At least, it fucking better be. Because MTP is free and takes up zero space. So absolutely any rule you write that isn't better than MTP is something you should cut in editing. Which doesn't mean MTP is «bad» or that it doesn't have a place. It just means that every single rule you include in your game is supposed to be better than MTP.