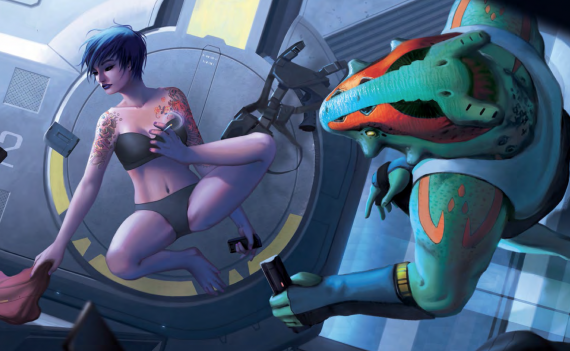 
Hitler morphs are becoming quite common in scum swarms, including variations like female Hitlers, synth Hitlers, and even uplift Hitlers, which are usually just octomorphs with implanted mustaches.

Most models feature a stylized but transparent braincase, to show off the biocore’s main feature...

Based on the case synthmorph design, griefers are used by vandals, terrorists, and dedicated trolls to harass enemies and antagonize the masses. Griefers have embedded sound and holographic display systems so they can easily harass an individual or an entire crowd.

Originally created as part of a fad based on 20th-century images of aliens, the grey morph soon became popular with eccentric scientists and engineers. <..> Its distinctive large head and eyes strike many transhumans as disturbing.

From there, it has evolved into the ultimate survivor’s morph, though the definition of “survivor” has now been extended to “can take all of the drugs and still function sexually.”

Scattered components must crawl together and reform into their constituent modules, which takes 2d10 Action Turns (gamemaster discretion, based on the force of the blast). 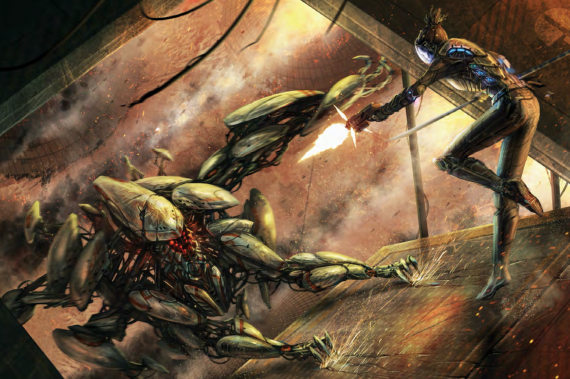 Most models feature a stylized but transparent braincase, to show off the biocore’s main feature...