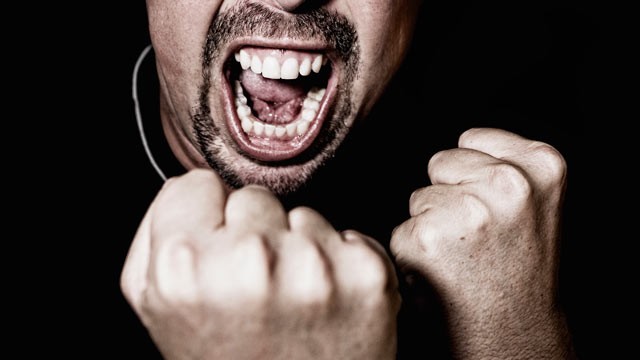 If you are a player, get lost. This is an open letter to Dungeon Masters, Game Masters, Watchers, Storytellers, Keepers, Game Trustees, and all other runners of role-playing games, regardless of title, game preference, style, or affiliation. If you've never sat behind the screen or you've sat there only once or twice and swore you'd never do it again, you have no business reading this. And no business responding to it.

And if you are a master of games and want to disagree with this, you are an enemy of the cause. Don't bother. You will find no friends here. No allies. No sympathy. We don't want to hear it.

Whatever your style, whatever game you run, and however you do it, you love your game and you work hard to make it happen. Whether you sit for hours drawing maps or spend a few minutes dashing off some stat blocks between work and the game; whether you lose yourself in traffic fantasizing about some imagined city to bring to life in your game or just set your brain to racing trying to find a voice for an NPC in the scant seconds you have before you have to respond to a player; whether you labor over glue and paints and ceramic bits to build a sprawling model for one ten minute combat or you just weave a verbal description off the top of your head for every skirmish; you are special and you should be proud of what you do.

Without you, the game cannot happen. Without you, the best anyone can hope for is a board game. A video game. You make it possible for the players to make real choices, even if they haven't been planned out in advance. You make it possible for the game to wander off in sudden, unexpected directions and to take on a life of its own. You give the world life and depth and vibrance. You do that.

GMs will argue endlessly about the best way to do this and that. They will argue about «yes, and...» and failing forward and binary rules and simulationism and player agency and binary outcomes and this will be good and that will be bad and the other is the only way to get players invested. And those arguments are so much noise and fury that signify nothing. They don't matter. They are window dressing. They are bullshit. And the more passionately you argue for one over the other, the more full of bullshit you are.

The best way to run a game is just to run a great game. And to run it passionately. To run it with love. I know that sounds like sentimental crap. But it is true. If you don't love running your game, stop doing it. Because you will never make anyone happy. You will never make yourself happy.

And then, you have a choice to make. If you stand your ground, you may make the player unhappy. The player may become angry or disruptive. Or they may get over it and have fun anyway. Or they may walk away from the game forever. If they are a friend, you may lose that friend. Of course, if you give in on something you think is important, you may learn to live with it and keep loving your game. Or you may not. And you may lose the game.

And that is one of the hardest decisions a GM has to make. And no matter what anyone tells you, there is no pat, simple answer. There are those out there who will say the GM should always give in, that the GM's love of the game and their sense of fun is always less important than that of the players. They will say the GM has a duty to give up his or her fun first for the sake of the players' fun. And that is a stupid, stupid standpoint. I have nothing against compromise. I have nothing against making sacrifices for the players' enjoyment. But the idea that that is always the only answer is moronic.

When you face this problem (and you will someday), be immediately suspicious of any GM who tells you which path you should choose. No one — NO ONE — can make that decision but you. Because you have to get through it with your love of the game intact. You have to love the game you are running. Sometimes, the right answer is to accept that you have a player whose style doesn't work at your table. And that player needs to find another table. And you need to find another player.

And the fact that you even have to agonize over that choice — and it is an agony — is part of why you are special. And why you should be proud. Because no one else at the table has that weight on them. No one else voluntary carries that weight like you do. This is a fucking game about elves pretending to kill orcs at a renaissance faire. On top of the work that is required just to make that game even happen, you have to worry about the fact that you might have to sacrifice your love of it or give up a friend forever. Holy shit.

That's the thing. You can't be a lazy GM. You can't half-ass it. The longer you are at it, the more likely you are going to face one of those choices. Even if you manage the workload, even if you find all the tricks to focus only on the parts of the game you love, eventually, there is going to be a human conflict at the table and you will have to be the one to resolve it.

Sometimes, it sucks to be the GM.

And so, again, you are special. And you should be proud. Remember, your players do keep coming back. Every time they show up, they are electing you as their leader. The runner of the game. You are winning a popular vote every single game session. You are beating out other GMs and other games, but you are also beating out movies and video games and miniature golf and whatever other shit kids get up to these days. And that means you have built something great. Something worth being proud of. Even if you've done it through agency and delegation and collaboration, you have still made that happen. It isn't easy to get people to work together. It isn't easy to direct people toward a unifed whole. And you've done it. You.

You are special. And you should be proud.

And every GM should be willing to tell every other GM: «you are special and you should be proud.» Because the players won't always say it, even if they are thinking it. Any GM who tells you that the GM is nothing special and the GM's happiness is less important than the players is a bad GM. Not an ally. Not a friend. Because we all face the same things.

However we run our games, whatever choices we make as GMs, they are between us and our players. And they are personal choices. But all GMs are on the same side. We need to stick together. And we need to love our games. And we need to tell each other: «you are special and you should be proud.»

You are special. And you should be proud. And don't let anyone else tell you otherwise.

Players are special and they should be proud. — а я вот такого сказать не могу.

Mama says I am special!