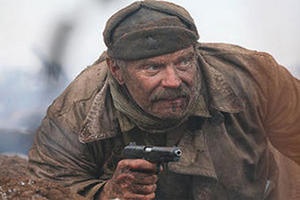 I hate HOLLYWOOD, arn't they messing up people's lives?
1- They sell sex instead of personality.
2- Only good looking people win.
3- Worst of all, this true love stuff only happens in the movies.
4- Regular girls are all headcases now because Hollywood wants them all to look like 90lb drug addicts.
5- They send the wrong message to everyone and create false hopes and ruin peoples lives
6- There is no longer love, everything about Hollywood is about stupid Brad Pitt and Angelina Jolie and who's doing who this week… who cares? How ablout who helped who?
7- I'm tired of watching movies with shallow actors that go home to mansions and play parts of little guy. I think the little guy should be played by little guys… not millionaire actors with make up.
8- I'm tired of seeing little boys and girls influenced by materialistic Hollywood and their garbage of false promises
9 The show the fake world of rich good looking people acting poor and making it… it don't work that way.
10 — Hollywood flat out sucks!

Worst of all, this true love stuff only happens in the movies.

anime is a medium, not a genre

Talking of the butter for
The royal slice of bread,
Many people
Think that
Marmalade
Is nicer.
Would you like to try a little
Marmalade
Instead?